The Board of Trustees of the Prince Mahidol Award Foundation, chaired by Her Royal Highness Princess Maha Chakri Sirindhorn, was convened on 27 November 2009 to select the Prince Mahidol Awardees for 2009 from a list of 66 nominees from 35 countries. In this connection, the Board of Trustees decided to grant this year’s Prince Mahidol Award in the field       of medicine to Professor Anne Mills, Department of Health Economics and Policy, London School of Hygiene and Tropical Medicine, University of London, United Kingdom. In the field of public health, the Prince Mahidol Award will be jointly awarded to Dr. Wiwat Rojanapithayakorn,         World Health Organization Representative to Mongolia, Former First Director, Prevention and Control of AIDS Center, Ministry of Public Health of Thailand, and Mr. Mechai Viravaidya, Founder and Chairman of the Board of Directors, Population and Community Development Association. Details as follows:

The Prince Mahidol Award  2009
In the field of Medicine:

Professor Anne Mills is a world leader in the development and application of economic tools to improve policy-making and practice of healthcare systems. Her work has influenced major health policies, both at national and international levels, by demonstrating that “proper investments in medicine and public health will have a major impact on economic growth and social equality”.
Professor Mills has also played a major role in strengthening the capability of developing countries in Africa and Asia, in health economics, health system research and healthcare policy development.  She has supervised a new generation of health economists and policy makers who have are played significant roles in several countries, including Thailand. This has helped spread the concept of health economics around the world.
Her work has made public healthcare a major issue in the global policy agenda and resulted in a four-fold increase in public healthcare investment over the past two decades. By directing healthcare resources to cost-effective interventions, the mortality rate of children and poor people in Africa and Asia has been reduced significantly, benefiting the health conditions of billions of lives in developing countries. 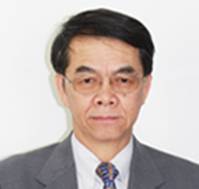 Dr. Wiwat Rojanapithayakorn, while serving as Director of the Office of Communicable Disease Control Region 4 in Ratchaburi, Thailand in 1989, initiated the “100% Condom Use Programme” which has been recognized worldwide as one the most successful HIV/AIDS prevention tools.
The principle of the 100% Condom Use Programme is based on cooperation among all stakeholders, government authorities, provincial governors and officers, healthcare personel and commercial sex business operators. The key success factor was empowering commercial sex workers to refuse service if customers do not use condoms: No Condom – No Sex.  This led to the effective reduction of HIV infection among commercial sex workers and has proven effective in preventing sexual transmission of HIV in the general public.  This programme was then expanded throughout Thailand.  It played a crucial role in controlling of the spread of HIV infection, resulting in the reduction of new HIV cases from 400,000 cases in 1991 down to less than 14,000 new cases in 2001.
Dr. Wiwat actively advocated this programme internationally, including in Cambodia, Vietnam, Philippines, China, Myanmar, Mongolia and Lao PDR. His work has been recognized around the world.  Many international organizations, including the World Health Organization, World Bank, UNAIDS, USAID, recognize this 100% Condom Use programme as one of the most successful HIV prevention tools. It is also a successful example of behavioural change and social empowering in the public. This work has positively impacted several hundred millions of lives around the world. 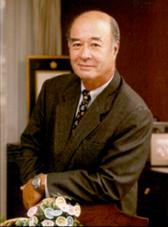 Mr. Mechai Viravaidya (Thailand)
Founder and Chairman of the Board of Directors
Population and Community Development Association

Mr. Mechai Viravaidya founded the Community-based Family Planning Services in 1974, currently known as the Population and Community Development Association (PDA), to provide family planning education for women in rural areas.  He has been a tireless proponent of the use of condoms to prevent unwanted pregnancies through unique communication campaigns, which have demystified condoms, previously a taboo subject and an unspoken issue in the public, so that they are now commonly-used items.  He is known as Mr. Condom and condoms are commonly referred to by his name.  His work played a crucial role in awakening the government and civil society to address this issue.  The widespread use of condoms also helps control the spread of sexually-transmitted diseases.  When the HIV epidemic hit Thailand and other countries in 1980s and 1990s, Mr. Mechai played a major role in developing national HIV communication and prevention campaigns that have a number of important elements, including behavioural change promotion and the support of the 100% Condom Use Programme. The success of Thailand in controlling the spread of HIV has been used as an example in the international public health arena.  Mr. Mechai’s pioneering work in demystifying and advocating the use of condoms has contributed towards the health of several hundreds of million of people living around the world.

Their Majesties the King and the Queen have graciously consented to preside over the Presentation Ceremony of the Prince Mahidol Award 2009 at the end of January 2010 at the Chakri Throne Hall. The Prince Mahidol Award Foundation was established to commemorate the centenary of the birth of His Royal Highness Prince Mahidol of Songkla on 1st January 1992.  The Foundation is under Royal Patronage, with Her Royal Highness Princess Maha Chakri Sirindhorn as president. The Prince Mahidol Award is conferred annually upon individual(s) or institution(s) demonstrating outstanding and exemplary contribution to the advancement of medical and public health services throughout the world. Each Award consists of a medal, a certificate and US$50,000.  In the past 17 years, 51 individuals, groups of individuals, and institutions have received the Prince Mahidol Award. Among them, two subsequently received the Nobel Prize in Physiology or Medicine, namely Professor Dr. Barry James Marshall and Professor Dr.